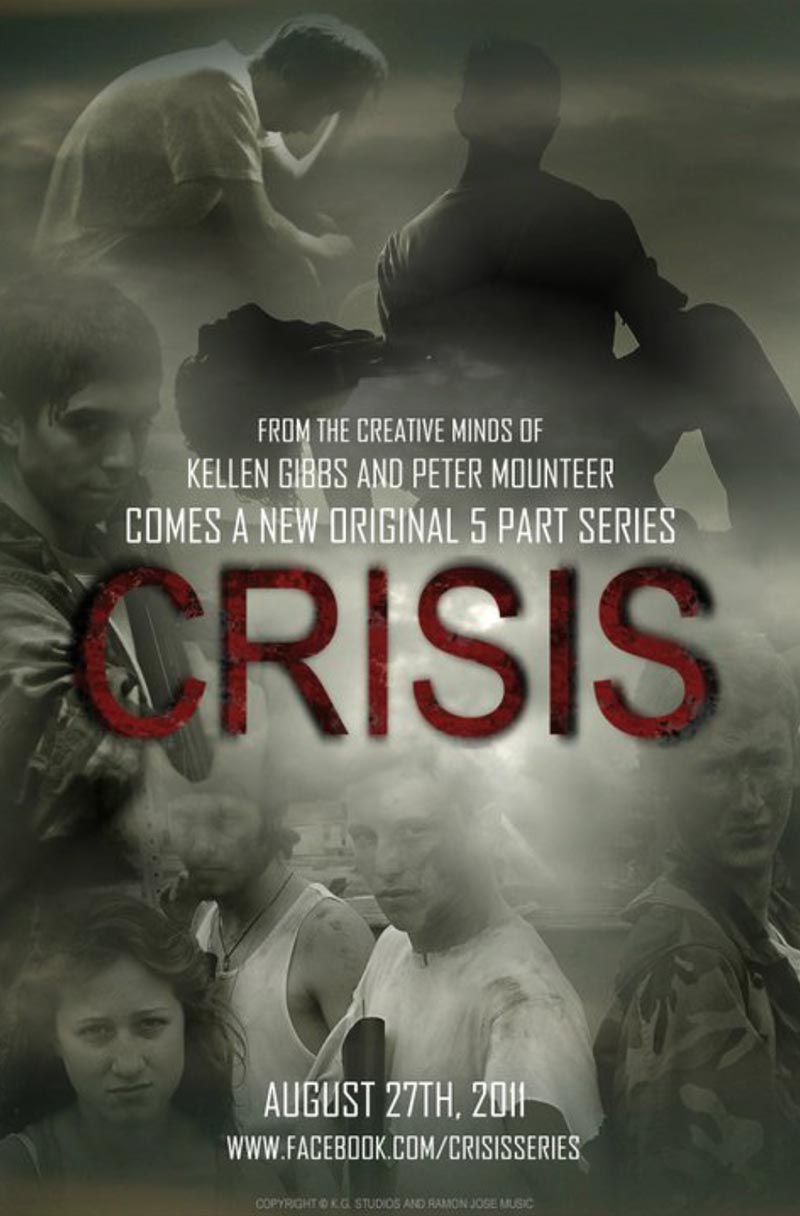 
Crisis is a 2 season webseries produced by KG Studios and distributed by FacS Studios TV.

Synopsis: As the last strands of humanity whittle under the faucet flesh-eating zombies, it slowly becomes evident that, amongst the chaos, there is a silver lining in the thunderstorm, a young boy by the name of "Johnny Lewis". He alone holds the key to humanity's bleak future. In his last attempt to save mankind, Dr. John Lewis injects the cure to a spreading infection into his son. Because of the overwhelming population of infected people John is attracted by the zombies, leaving his son, Johnny orphaned. As humanity dwindles down three boys (Jack, Eric, and Todd) come across Johnny and accept him willingly into their group, not knowing that the key to humanity lies in their hands. The clues begin to unravel and the plot thickens as the three boys realize that this could be the key to humanities survival.

We use cookies to ensure that we give you the best experience. If you continue to use this site you accept to use these cookies.Ok